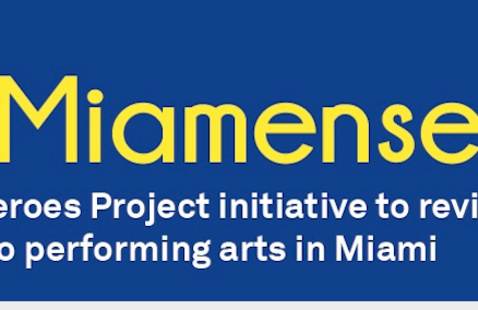 Koubek Center is co-producing “Así de Miamense”, an initiative of Antiheroes Project that aims
to revitalize Miami’s Latinx performing arts scene by challenging young playwrights to create
new work that urges us to confront who we are as a city, how to engage new audiences and to
prompt community-building conversations. Through an open call for Latinx playwrights under
40 that took place between February and July 2022, this venture seeks to invent new ways of
portraying our identity, to delve into multimedia platforms, and bring advanced technology to
the stage. Three pieces have been commissioned and will premiere at the Koubek Center in
February 2023, along with the presentation of stage readings of the three runner ups and a
symposium of Miamian contemporary theater: Theory and Praxis Conferences and
conversations on the theater in South Florida.