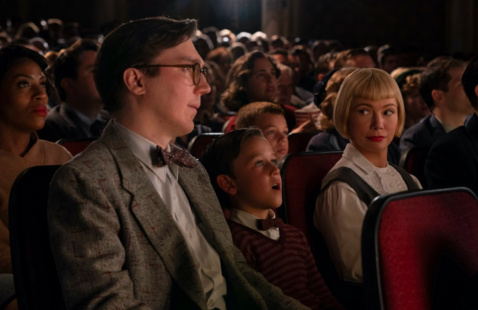 THE FABELMANS Preceding our Closing Night screening of The Fabelmans, actor Paul Dano will virtually receive Miami Film Festival's Precious Gem Award, which honors one-of-a-kind artists whose contributions to cinema are lasting and unforgettable. A coming-of-age story about a young man’s discovery of a shattering family secret and an exploration of the power of movies to help us see the truth about each other and ourselves. The film stars Gabriel LaBelle as 16-year-old aspiring filmmaker Sammy Fabelman; Michelle Williams as his artistic mother, Mitzi; Paul Dano as his successful, scientific father, Burt; Seth Rogen as Bennie Loewy, Burt’s best friend and honorary “uncle” to the Fabelman children, and Judd Hirsch as Mitzi’s Uncle Boris. Winner of the Audience Award at the 2022 Toronto International Film Festival.