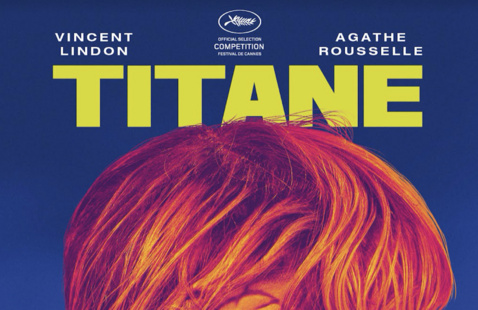 Easily the most original movie of the year, Julia Ducournau made history with Titane earlier this year when she became the first woman director to win a solo Palme d’Or at the Cannes Film Festival, the top prize of the world’s greatest film festival.

Titane is a spectacular vision. It’s equal parts family drama, science fiction and psycho-sexy thriller.  Model-turned-actor Agathe Rousselle plays Alexia, a striptease dancer with emotional disorders stemming from a serious head injury she sustained as a child. When fear and metal desire drives Alexia on a violent crime spree that put the French police on the hunt for her, she goes underground and surfaces hiding in plain sight – impersonating a young boy who disappeared 10 years ago, in one of France’s most famous missing person cases. The boy’s father, Vincent (played by the great French actor Vincent Lindon), has become so delirious with grief over time that he is possibly even more damaged and crazed than Alexia.

Some filmmakers take us to extremes to remind us of our most basic human needs – the need for connection, family and love. Titane is just such a bracing vision, not for the faint-of-heart – but for all whose hearts beat strong.