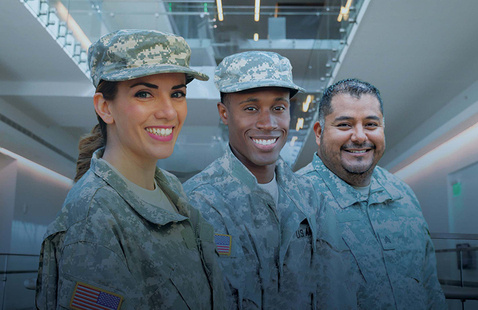 You are invited to recognize the courage, commitment to service, and contribution to civil society made by veterans with Captain Danay Montes de Oca, a member of the United States Army Reserve.
Together, we will celebrate the power of military service. As the Detachment Commander for the 7th Regiment, 108th Battalion in the United States Army Reserve, Captain Montes de Oca’s 27 years of service has earned her four Army Commendation Awards, two Joint Service Achievement Medals, an Army Achievement Medal, eight Army Reserve Components Achievement Medals, a National Defense Service Medal with Bronze Star, and many more Global War on Terrorism Medals.

She will be joined by the Kendall Campus Veteran & Military Services team who will recognize Kendall Campus veterans while also hosting a resource fair to ensure veterans are connected to resources.

Veteran Resource Fair
Veteran students will have the opportunity to connect with the Kendall Campus Veteran & Military Services department and other campus and community supports during a resource fair.

A Missing Man table will be on display and will represent the six branches of the United States Military: Army, Air Force, Coast Guard, Marines, Navy, and Space Force.