We Call This Home by Fabian Almazan: Multimedia Concert for Climate Justice 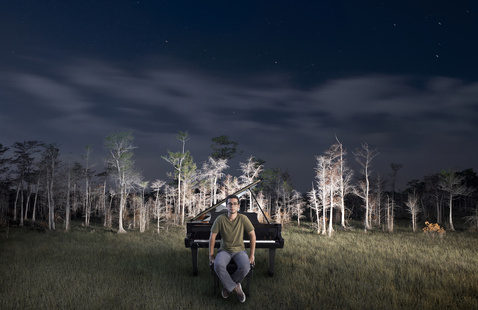 Cuban-born and Miami-bred jazz pianist Fabian Almazan returns home to premiere "We Call This Home," a poignant jazz work based on his research in “sacrifice zones,” or areas that bear the brunt of environmental harm due to pollution, factories, and economic disinvestment. Almazan is said to be “one of the great young talents of his generation” by jazz great Terrence Blanchard and has performed alongside esteemed artists such as Gretchen Parlato, Paquito D’Rivera, Christian Scott, Dave Brubeck, David Sanchez, Stefon Harris, Kendrick Scott, and Christian McBride, among others.

The concert is followed by a discussion with Fabian Almazan and a performance by students of the Jazz Education Community Coalition, led by vocalist, violinist, and educator Nicole Yarling.